US student exchange with IUM

The International University of Monaco is soon likely to be part of a student exchange programme with a prestigious US university, following talks in Monaco this week. The President of Christopher Newport University, former Senator Paul Trible, has been in Monaco to meet the top officials of IUM and leading figures in the Principality, including the ambassadors to Monaco of Italy and France and Laurent Nouvion, President of the National Council…

Speaking to monacolife.net, Senator Trible said that he had been delighted with the welcome he had received in Monaco during the week. Christopher Newport University has been running a very successful exchange programme with Oxford University for the past seven years and would now like to expand its International Study programme.
"Monaco offers a unique opportunity. It's a very safe environment and a dynamic community." Senator Trible also pointed to the cultural life of Monaco as well as its prowess in business and finance. Talks with IUM have been very positive and it is Senator Trible's hope that students from Christopher Newport will spend time at IUM, possibly initially through a summer programme. This could be expanded to a full semester or even a one-year period, he said. In the future, there could be an exchange of faculty.
Christopher Newport University is named after the captain of the Susan Constant, the largest of three British ships that first arrived in Virginia in 1607 to found the first permanent British settlement in North America. The sports teams at the university are known as the Captains.
Christopher Newport University has 5,000 students, state-of-the art facilities, and its campus is about the same size as Monaco. More info: www.cnu.edu, and www.ium.mchttp://www.monaco.edu/international-university-monaco.cfm 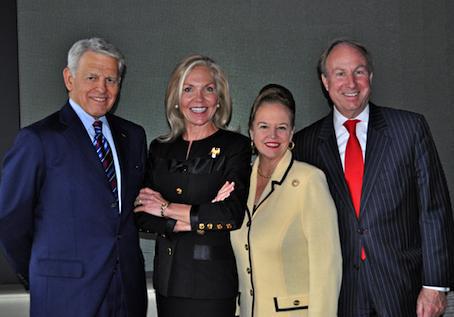